Ultrasonic soldering turns conventional wisdom upside down. Soldering even on glass or ceramics 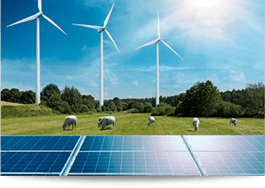 Records show that ultrasonic soldering was originally developed in 1961. It enables soldering on materials that were originally nearly unsolderable, such as aluminum or stainless steel, and onto completely unsolderable non-metallic surfaces such as glass, ceramics, and alumite. However, the bonding principles are markedly different for each of these materials.

Aluminum and stainless have a strong oxide layer. Even today, strong acidic flux is used to remove the oxide skin for special soldering on aluminum and other materials. However, today’s environmental regulations have driven a trend to avoid the use of highly-polluting halogen materials. On one hand, glass and aluminum are themselves oxidized materials, thus, conventional iron tip soldering principle cannot apply.

“When ultrasonic wave vibrations are applied to a liquid, small cavities are produced in bubble form due to pressure differences within the flow. This phenomenon is called cavitation. The cavities are collapsed by atmospheric pressure. A large amount of energy is generated during that 1/50,000 second. Ultrasonic soldering utilizes cavitation’s energy to enable the removal of the oxide skin. This is because it exploits this mechanism that obviates the need for flux in the soldering process.”

In an ultrasonic soldering system, soldering is done with a heated soldering tip that also simultaneously emits ultrasonic vibrations. The ultrasonic waves generated from oscillator are transferred to the soldering tip via a horn, producing cavitation bubbles at the interface between the substrate and the molten solder. The implosive energy of cavitation changes the oxide surface and removes dirt and the oxide layer. At the same time, an alloy layer is formed though melting and spreading action.

Glass and ceramic are themselves oxides, and cannot be bonded with conventional soldering mechanisms. Oxygen is incorporated while heat energy is simultaneously released in the instant when the ultrasonic cavitation bubbles collapse. It has been suggested that the molten solder’s metallic elements, with their strong chemical affinity to oxygen, use that energy and incorporated oxygen as the medium through which a shared bond is formed with the surface of the glass or similar material. (*1) Solder melted as a result of ultrasonic vibrations is sufficiently agitated so that the solder at the bonding surface is more readily able to incorporate oxygen to enable the formation of a stronger shared bond. The resulting geometric properties, chemical properties and bond strength are not inferior to ordinary solder.

Starting with bonding of electrodes to glass in solar panels, there are many diverse fields in which ultrasonic soldering is used. MCUs that form the “brains” of an automobile are completely encased in aluminum to block external noise. ultrasonic soldering is used for soldering the aluminum. Recent years have seen an increase in instances of coils of aluminum wires replacing copper wires in motor coils and transmissions to reduce weight. ultrasonic soldering, with a mechanism that differs from laser and tip soldering. Its applications are expanding day by day, enabling work that had been impossible in the past.

People who viewed this content also viewed the pages below.